So we are back from the holiday we had in Whitby. Actually we came back a couple of weeks ago but I’ve not had the time to upload the pictures. So I forced myself to remember to take them this morning. Huzzah. The holiday was good, although ended up needing to be a bit longer. The weather couldnt have been better as it was blue skies everyday which was great. Ok so the tempreture was still low, but wrapped up in a coat, hat and scarf, you bearly notice it 🙂 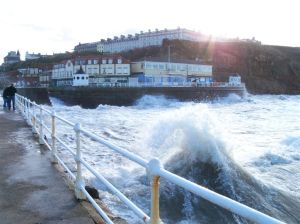 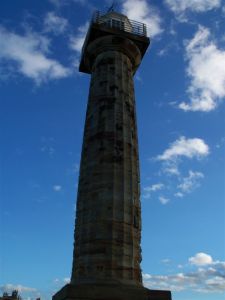 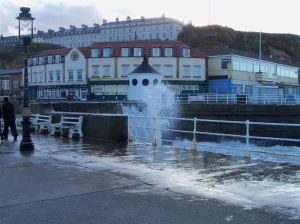 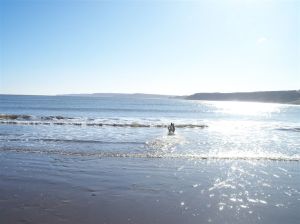 When we got there we went straight out to Whitby. The waves that were crashing were insane. I dont know if you can see it in the pictures but was spraying water everywhere. Which was fun actually heh. The next picture is of the lighthouse at the end of the pier thing. Oh then more waves crashing over and then the beach the next day. That little black dot would be mo. 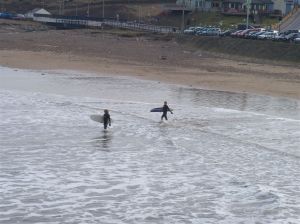 As you can see molly had an awesome time. The second day was better because the waves died down so at least she could have a swim in the sea. J took this awesome picture, with the panoramic thing on. Look, blue sky!! Then we drove along to a place called ‘Sandsend‘. I was busy protesting J taking my picture and didnt realise a big wave was coming in, so its a genuine look of suprise heh. Ohhh then we went to um end, something end, or something with sand in the title. There were surfers trying to go out to surf but they kept falling off. We stayed for what must have been an hour waiting for one of them surf so J could take the perfect shot. It didnt happen. 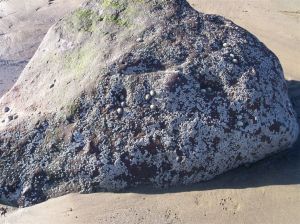 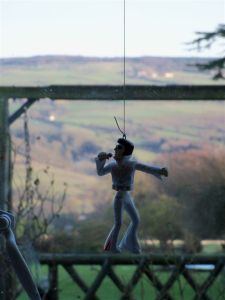 The panoramic is at the end of the pier soyou should be able to make out a few of the surfers. Annnd that is a wave hitting the end of the pier. Was quite funny every time it hit the pier the whole thing started shaking! Molly was itching to jump in. Third picture is of some limpets. Its true, its next to impossible to break them off the rock. Oh and Elvis made an appearance in the cottage there. 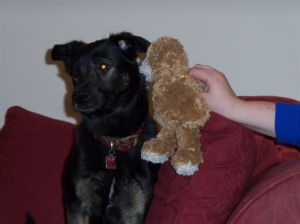 And then on the last night, while molly was trying to sleep, we decided to torment her with a teddy. See look its whispering sweet nothings in her ear!!! And then gave up. And then we got busted and she glared at us.

On the way there we were stuck in traffic so J  started messing around with the camera. The second one is of the new part of the Traff. Finally the last two are of the ever changing lounge.

Thats about it really. Awesome time had, just a shame it went by so quickly! Anyways, hope everything in world is good.

Randomness about me :) I live in Manchester (UK), this is my corner of the web to rant, vent and keep a diary of random events in my life. View all posts by frogsareevil